Plant a tree in memory of Keith
An environmentally-friendly option 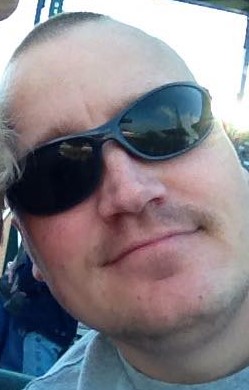 Keith started his adult life working at McDonalds where he met his wife, Kristy. He knew from the moment he saw her that he was going to marry her which happened in February 2006. In 2006, he also enlisted in the United States Army as a 94F and spent 9 years enlisted, stationed at Fort Hood, TX and Fort Gordon, GA. He was deployed in 2010 to Baghdad, Iraq with III Corps and spent one year there. After his discharge from the military, he began working with Hewlett Packard Enterprises, later becoming Unisys, fixing servers and printers. Keith loved his co-workers and those he interacted with on a daily basis.

Keith was fiercely devoted to his family and loved his wife and son more than words can describe. His son described him as an epic dad and will always remember him helping build his own PC and not flinching when he wanted an expensive vinyl record for his new collection. He was always willing to help anyone often mowing grass for his neighbors, helping others with issues around their houses, and making sure his wife’s students had everything they needed. In his free time, he could be found doing something around his house, mowing the yard even when his wife didn’t think it needed it or watching the Atlanta Braves and Chicago White Sox play baseball. His two dogs, Jax and Major, in addition to his favorite cat, Oreo, will miss his belly rubs and cuddles on the couch.

A memorial of life will be determined at a later date. In lieu of flowers, please consider donating to an organization that prevents veteran suicide including Mission 22, the Veteran’s Crisis Line, or the Suicide Prevention Lifeline. He will be greatly missed and always loved by everyone that knew him. Thomas L. King Funeral Home and Cremation Service

Plant a tree in memory of Keith by clicking here.
To send flowers to Keith's family, please visit our floral store.

Plant a tree in memory of Keith
An environmentally-friendly option

Plant a tree in memory of Keith

1 tree planted in memory of Keith

I worked with Keith for many years at HPE and continued after his move to Unisys. He was always a pleasure to work with and interact with on any topic...especially Braves Baseball. The news of his passing hurts deep. My deepest condolences goes out all his family and friends.

Truly blown away of hearing of Keith's passing today. Worked with Keith several times on Ft Gordon and it was enjoyable each time.

Going to miss getting a call from Keith letting me know he was on his way.

Will be praying for his family. See you again one day Keith

A Memorial Tree was planted for Keith Alan Gilbert

We are deeply sorry for your loss ~ the staff at Thomas L. King Funeral Home and Cremation Service
Join in honoring their life - plant a memorial tree

Plant a tree in memory of Keith