We would like to offer our sincere support to anyone coping with grief. Enter your email below for our complimentary daily grief messages. Messages run for up to one year and you can stop at any time. Your email will not be used for any other purpose.

Share a memory
Obituary & Services
Tribute Wall
Read more about the life story of John and share your memory.

John G. Morgan, 87, of Martinez, Georgia, went to be with the Lord on Thursday, January 12, 2023, surrounded by his loving family.

Born on February 23, 1935, in Philadelphia, Pennsylvania, he is also known by his family and friends as Jack.

John had a distinguished 29 year career in the Armed Forces which included two tours in Vietnam where he served as a Medic. During his tour in the Panama Canal Zone, Republic of Panama, he served as a U.S. Army Special Forces Green Beret. John retired from the military as a Command Sergeant Major, reaching the most senior enlisted member of a battalion, the second highest enlisted rank in the United States Army. John was a great American Hero.

He is preceded in death by his beloved wife, Peggy; his parents, David and Annette Morgan; and his older brother, David Morgan, and David’s wife, Rose.

The best advice he loved to give after every phone call or visit was "Watch Out for Snakes."

In lieu of flowers, donations may be made to the charity of your choice.

To send flowers to the family or plant a tree in memory of John G. Morgan, please visit our floral store. 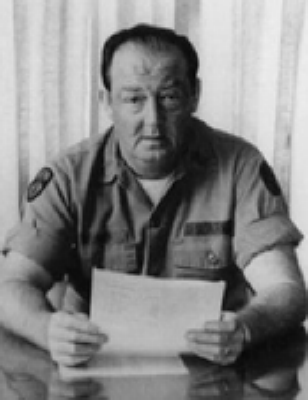 In Loving Memory Of

Look inside to read what others
have shared
Family and friends are coming together online to create a special keepsake. Every memory left on the online obituary will be automatically included in the book.

In Loving Memory Of

Look inside to read what others have shared

Family and friends are coming together online to create a special keepsake. Every memory left on the online obituary will be automatically included in the book.

You can still show your support by sending flowers directly to the family, or by planting a memorial tree in the memory of John G. Morgan
SHARE OBITUARY
© 2023 Thomas L. King Funeral Home. All Rights Reserved. Funeral Home website by CFS & TA | Terms of Use | Privacy Policy | Accessibility